No sugar Apple Blondies made with 5 simple ingredients; apples, almond butter, coconut flour, pure maple syrup, pecans and apple pie spices makes them more of a healthier alternative to the sugar loaded brownie.  They melt in your mouth and pack the sweet tastes of Fall. 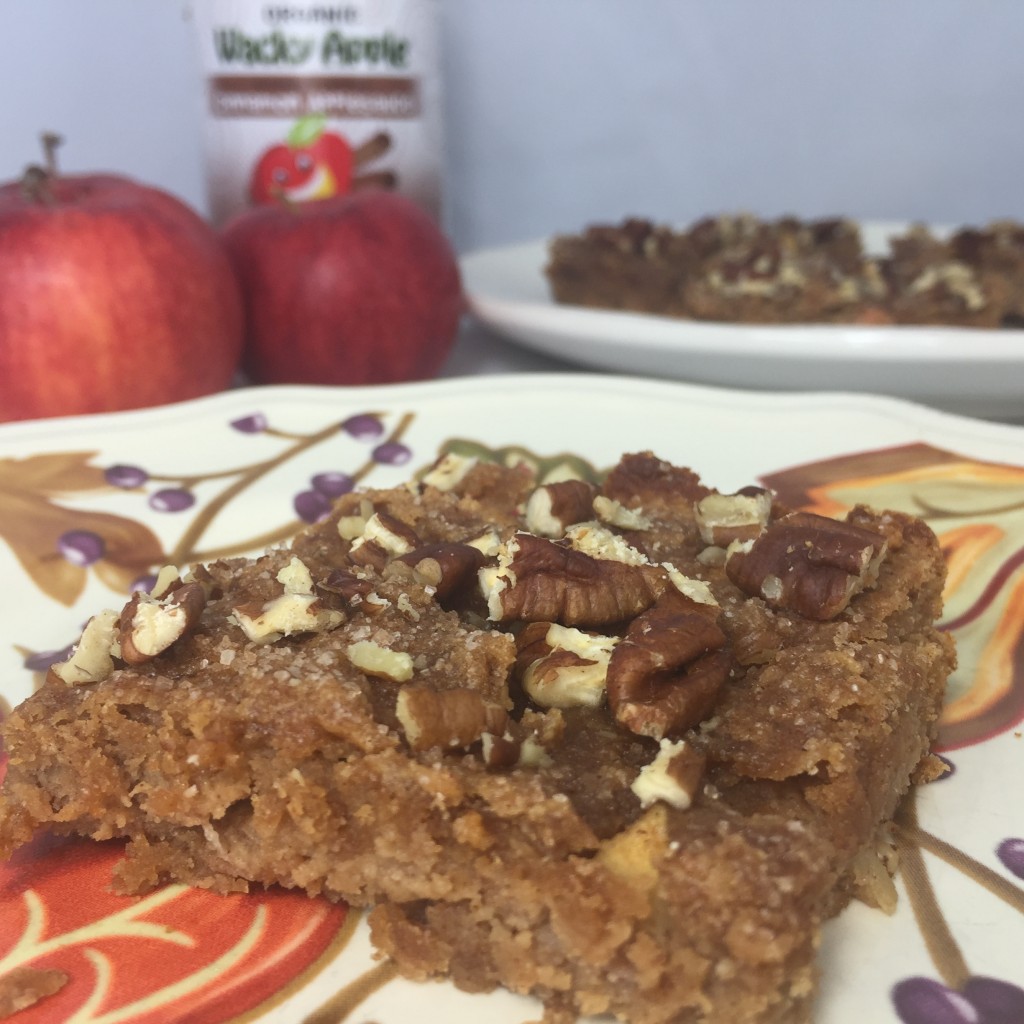 Preheat the oven to 350 degrees and grease a 8×8 baking dish with coconut oil.
In a large mixing bowl, combine all the ingredients and mix very well until a very thick batter is formed. Transfer to the greased baking dish and bake in the oven for 30 minutes, or until the tops are golden. Remove from oven and allow to cool completely. Refrigerate for at least an hour before slicing.
Keep refrigerated.